You are here: Home / HR Tips for Employers / Sexual Harassment Prevention / Discussion of the “Me Too” Movement & Where Do We Go from Here 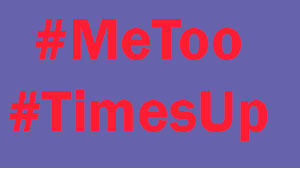 Some Facts and figures over the years include:

Policies must have a number of options for people to report concerns and the process should include an investigation in a fair way to allow both the victim and accused the ability to tell their story. Training is recommended to prevent harassment. The purpose of Training is to:

Ms. Cloutier talked about assisting victims of Sexual Assault on University Campuses.  She provided an example of a case that she was handling and how the process was so long that it took a year to finally issue a report that the investigation was complete and the accused was found to be at fault, then it took another 6 months for a decision of what to do and know the victim’s family is being sued by the accused. Most woman say the complaint process is more difficult than the actual assault/rape. The fact that women are not believed and retaliated against for making a complaint is still happening

Ms. Mayrns talked about working in a very male oriented Technical environment and the fact that a lot of Sexual Harassment or bulling is happening with today’s technology. She suggested that there needs to be more monitoring of the social media and it is time to look for ways to use technology to reduce sexual harassment and harassment in general.

Ms. Pedersen discussed the difficulties of being a woman in the military especially her experience in the Marine Corp. She described her experience with those who continued to use videos to sexually harass and try to ruin a person’s reputation.  She also indicated that she was treated like an equal until rumors started.

A lively discuss was then continued by the participants and the audience about their experience and questions and thoughts. We need to continue to discuss these issues so everyone understands that it is still happening and how demeaning it is to the victims (men or women). Training with face to face discussions is the way to move the issue forward.

Why Your Business Needs an HR Expert

Resumes and Cover letters should be sent to Executive Search Firm (email preferred):